You are here: Home / Blog / Introducing Angles – The Secret That Will Change Your Facebook Ads

What I’m about to show you is an ad element that will change it all. A force to be reckoned with. Almost no one is testing this (most doesn’t even know it exists) which is a shame.

It is the perfect way to test the insights you get from your audience. It’s your angle! 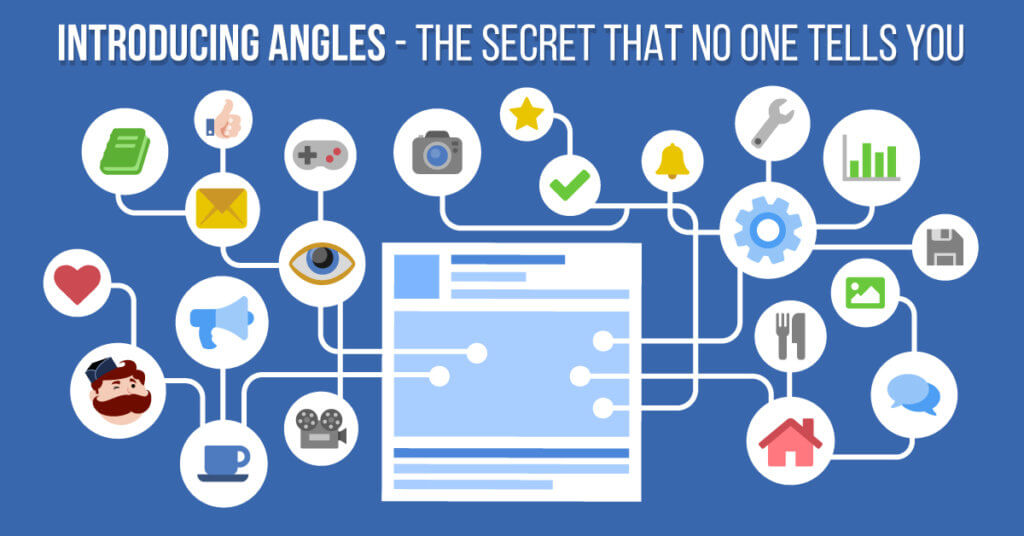 If you do it right, you’ll learn which problems your audience wants you to solve the most and which topics, lead magnets, and products will be the most powerful to grow your business.

In this guide, you’ll learn what exactly an angle is, where you’ve seen it before and why it’s so powerful in Facebook advertising.

I’m also going to walk you through a bunch of real life examples and give you my take on their angle, and what most are doing wrong, so you can sidestep that nice and easy.

I’m also going to show you my process for coming up with my own angles that you can steal and use for yourself.

What the heck is an angle?

The angle is best described as the topic of a blog post or the particular problem you’re trying to solve. It is an insight from your customers – a burning pain or a dream – something important to them. 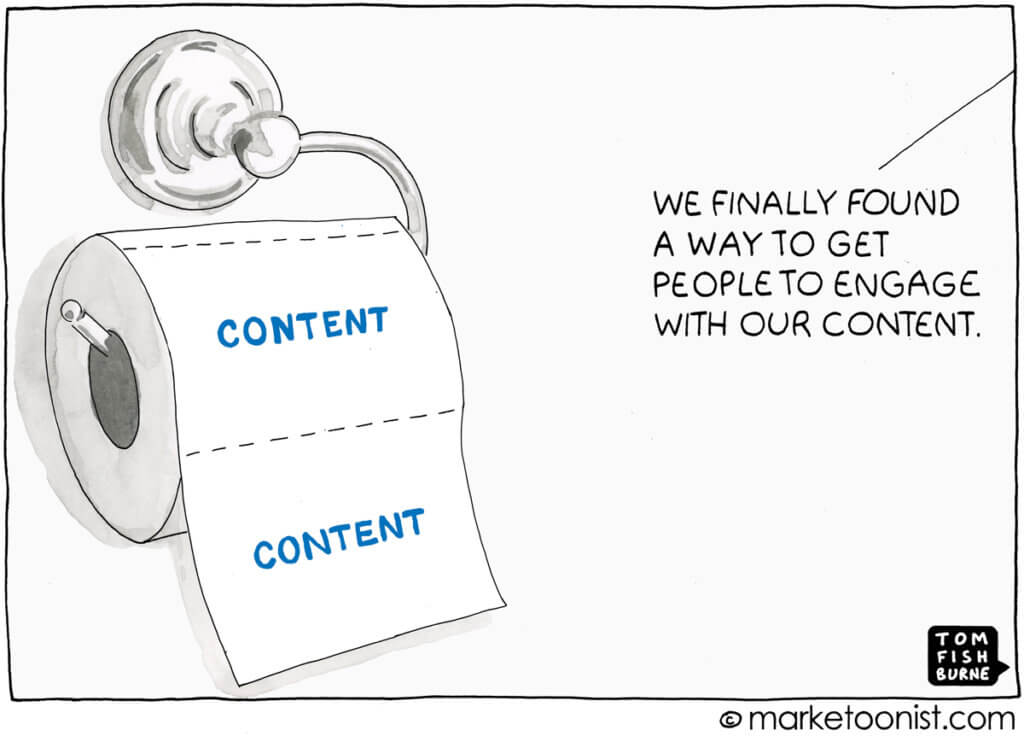 These three questions can help you clarify the angle:

The angle is most often portrayed in the headline as most people doesn’t read any further but, actually, the angle shows throughout everything from image to landing page.

Once you get clear on the angle, it becomes a lot easier to pick the right image and write the perfect copy as the angle will “direct” you through the overall message of your campaign

How can you test it?

What I like to do is test headlines in two different ‘rounds.’ First, the topic (angle) and later the wording. When you’re testing different angles, it’s all about testing as wildly different ones as possible.

You’ll know that your angles are too similar if the results are roughly the same and you can’t determine a clear winner. Ideally, you’ll have one that is clearly outperforming the other.

A simple example of two angles is giving 10% discount vs. giving a $5 voucher (assuming the total discount is the same). Which one is more appealing to your audience? There’s no way to know but to test it.

Let’s take a look at a real life example. 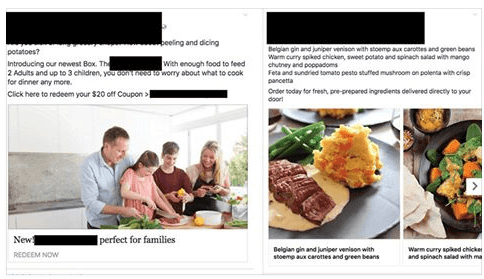 The angle on the left is selling the benefits you get from using their service (‘you don’t need to worry about what to cook for dinner anymore’).

In comparison, the one on the right focuses on the features rather than the benefits (‘fresh, pre-prepared ingredients delivered directly to your door’).

Can you guess which one won? The one on the left, by a difference of $24 CPA! Amazing.

I believe it’s because the one on the right fails to connect WHY and HOW the features help you as a buyer. It’s not connecting all the great things of the product with the buyer’s need.

Throughout the challenge, a lot of the participants (rightly so) pointed out that the images look a lot more appealing on the ad on the right.

It is a great point, especially because the image is such an important element of Facebook ads

However, even with more photos, it’s clear that there is some disconnect between the offer, what people get and what it’s going to do for them.

In the ad on the right, they are explaining how the ingredients are fresh and delivered directly to your door (features) which would work better if the buyer was looking to compare two competitors (that would fit better on Google since their platform is about demand fulfillment).

Facebook is a demand generation platform which means that they don’t know they need your product.

You have to show them something they didn’t know they needed. You catch them a lot earlier in the buying process and in this case it shows how much better it works to explain what it can do for your life (benefits) before talking about the details (features). You have to be interested in the concept before you start worrying about the features.

Let’s talk about this for a minute.

What seems to be the problem is that many people confuse features with benefits.

Features are things that your product or service do, and benefits are how it helps your customers. Super Mario illustrates it perfectly. 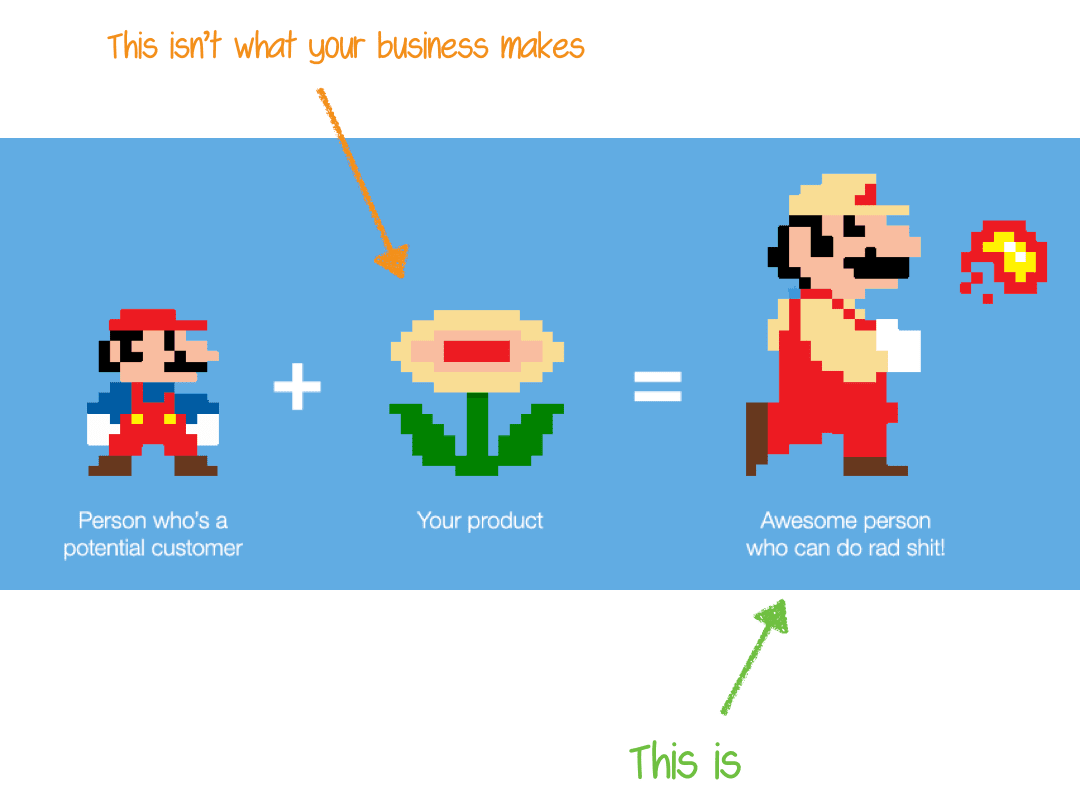 The flower illustrates the features and the Super Mario with the fireball is the benefits. It is a lot more appealing to us as a buyer if you don’t have to figure out how something will benefit us.

In fact, it is the fewest people who will take time out of their busy schedule to understand a new product and figure out how it can help them.

Think about it, when was the last time you did it?

Traditional advertising agencies have been using angles for many years although most sell it as a strategy session to their clients. Most agencies show their clients one or perhaps two angles based on insights they have developed – often based on the experience of senior creatives.

Before the internet got as sophisticated as it is now, it made sense to do things that way, but today that is insane.

With the way we can measure digital advertising these days, it’s ridiculous to rely on someone’s judgment for something as important as the right angle when we can simply let the market show us exactly what resonates best with them.

Oh, and it’s much more cost-effective too. Just look at the example above; a difference of $24 CPA! If you’ve never tested angles in your business before, try it out next time you run ads.

I’ve found some examples of different angles to inspire you to test your own. 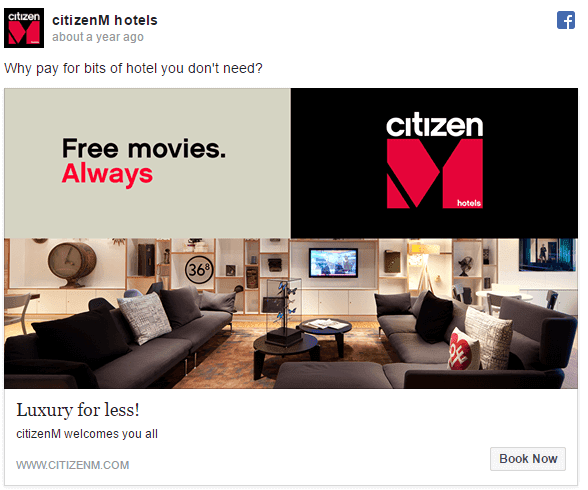 CitizenM has uncovered the insight that their customers don’t want to pay for parts of a hotel they don’t need. 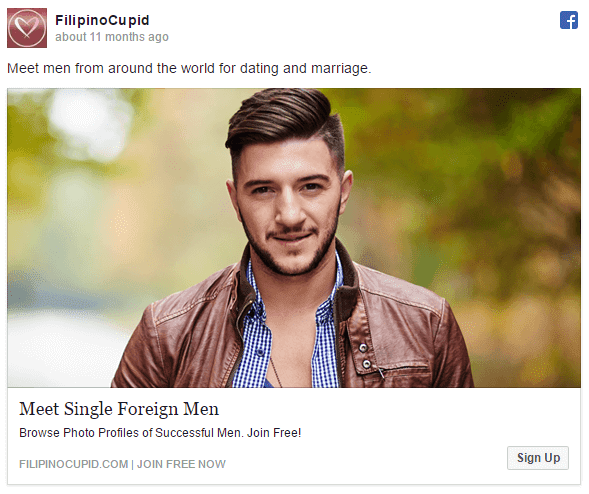 FilipinoCupid knows that their audience (or part of it) is interested in foreign, successful men. And the picture goes straight to the point!

This advertiser was testing two different angles. The first one is based on the insight that people think they have to be a financial analyst or accountant to be able to trade stocks. The second one is more generic, focusing on people who would like to make money and are interested in doing it through trading.

Here the advertiser is also testing two different angles: ‘Which country song are you?’ vs. ‘Which movie are you?’.

Every ad has an angle. You can find more examples on Adespresso’s free Facebook Ads Gallery or by scrolling your newsfeed on Facebook.

How to create your own angles

The best way to come up with your own angles is to research and talk to your audience to understand which dreams and pains they have, and what obstacles are stopping them.

The fewer assumptions and the more real information you have on your audience, the faster you will find that one angle that will crush all the others.

What I’ve found to be the best is to test the audience first, then the angle followed by the image. The reason is that the angle has such a big impact on the quality of your leads. 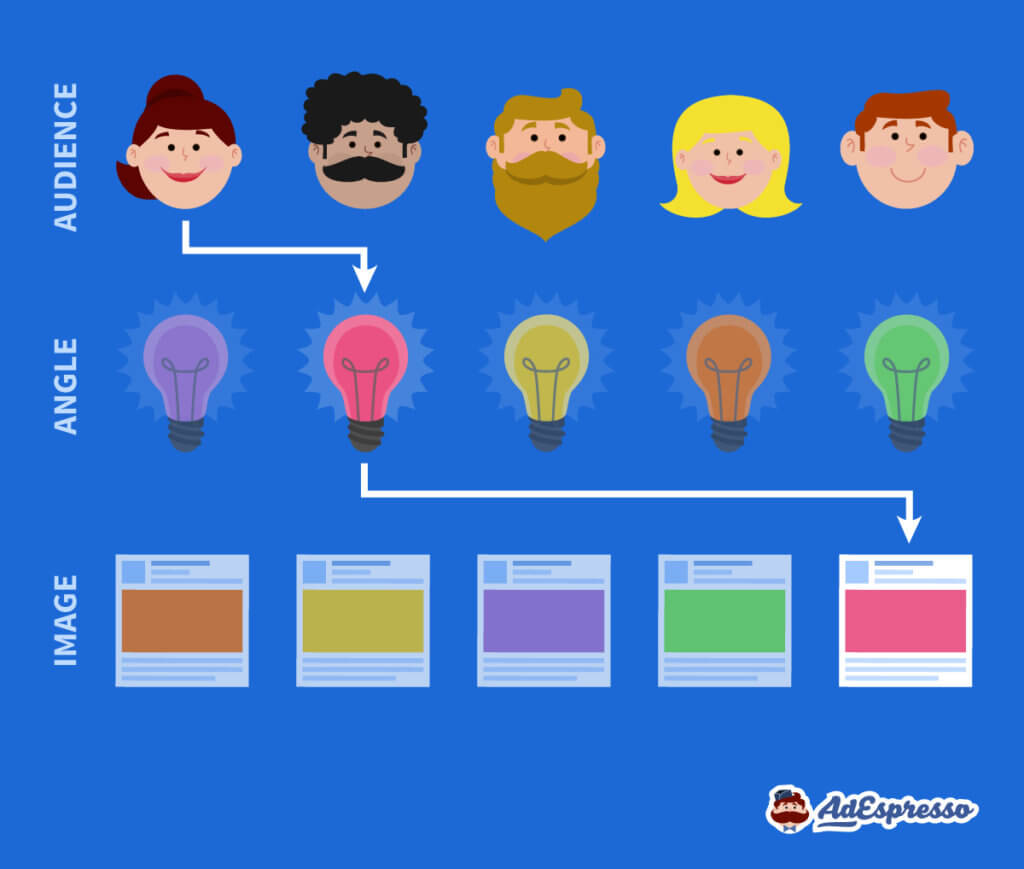 By using the right angle, people get excited that you can solve the right problem.

However, if it’s not spot on – or you’re misleading your audience with too big a promise, you will find your ads to be expensive because people aren’t interested in them.

The key here is that every ad has an angle and, as you get more familiar with the concept, you’ll easily be able to spot the angle in any ad – offline or online.

I’ve found the angle to be the most important element in ads after the audience (if you can call the audience an element).

The fun part is that it’s also the most invisible one if you’re not familiar with the concept of it and the systematic process of testing wildly different angles before honing in on details.

In my personal experience, this is something that has taken my campaign from a disaster to wildly profitable in an instant, because it went from something my audience didn’t care about to something that was on top of their mind constantly.

Hello there. Thanks for reading! I am Aske Christiansen, and I help online course creators sell their products with Facebook ads. I’ll show you how to grow your blog on autopilot with cheap Facebook ads. It’s simpler than you would think! It’s all about focusing on the big wins”. 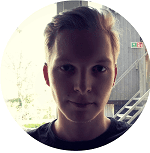