You are here: Home / Blog / Google Ads Keyword Match Type: Which One Should You Use? A $1,000 Experiment

When it comes to search campaigns in Google Ads, it’s all about selecting the right keywords. Before selecting keywords though, we need to take a step back and decide which Google Ads keyword match type to use. Which Google Ads Keyword Match Type will produce the bigger bang for your buck?

There’s only one way to find out, and that’s by putting $1,000 of ad dollars down on the table and letting the different match types fight it out.

The days of penny clicks are gone and PPC advertising is now getting expensive, so careful keyword planning is essential.

Keyword match types help control which searches on Google can trigger your ad. Google has a handy table to summarize the match types: 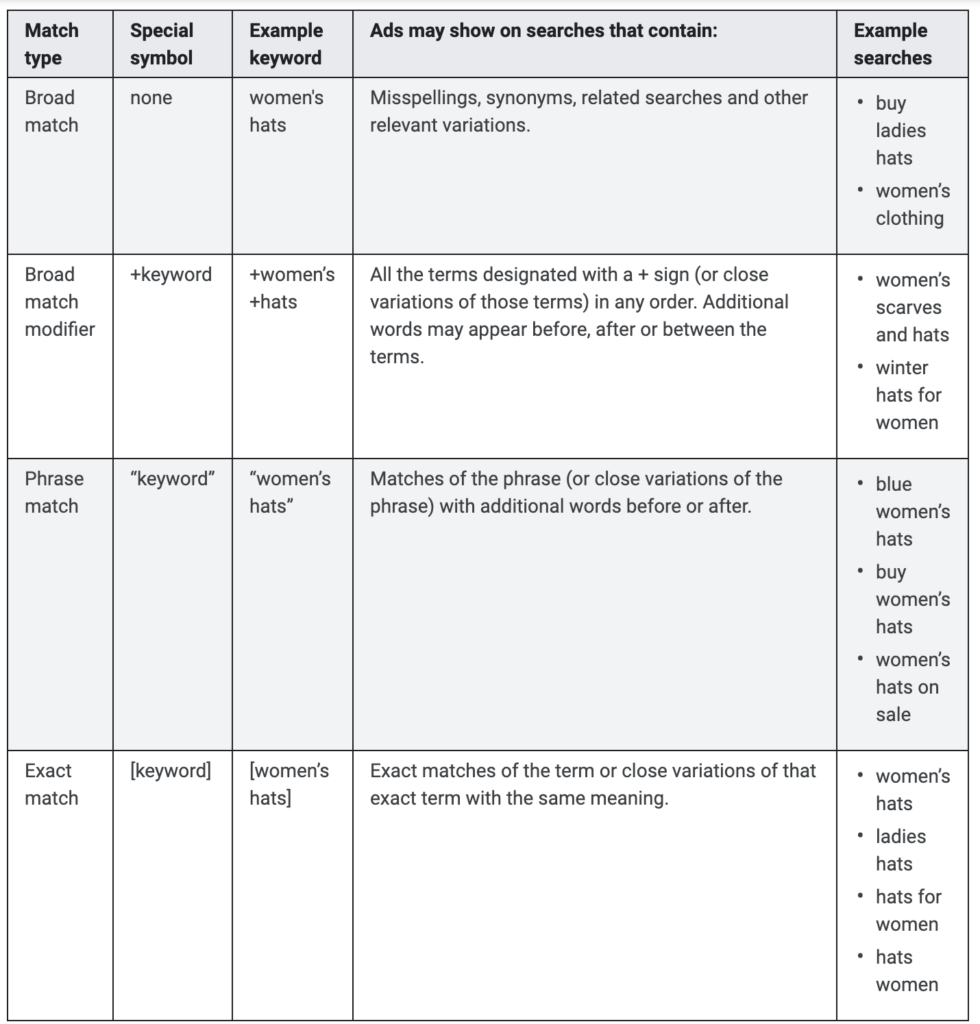 In this experiment, we decided to test “Exact Match” against “Broad Match” modifier.

For example, the broad match modified keywords +red +shoes can match a search query for ‘red men’s shoes’, but not for ‘blue shoes’ or ‘red hiking boots’. This can help increase how relevant searches are to your ads, and improve your click-through (CTR) and conversion rates. 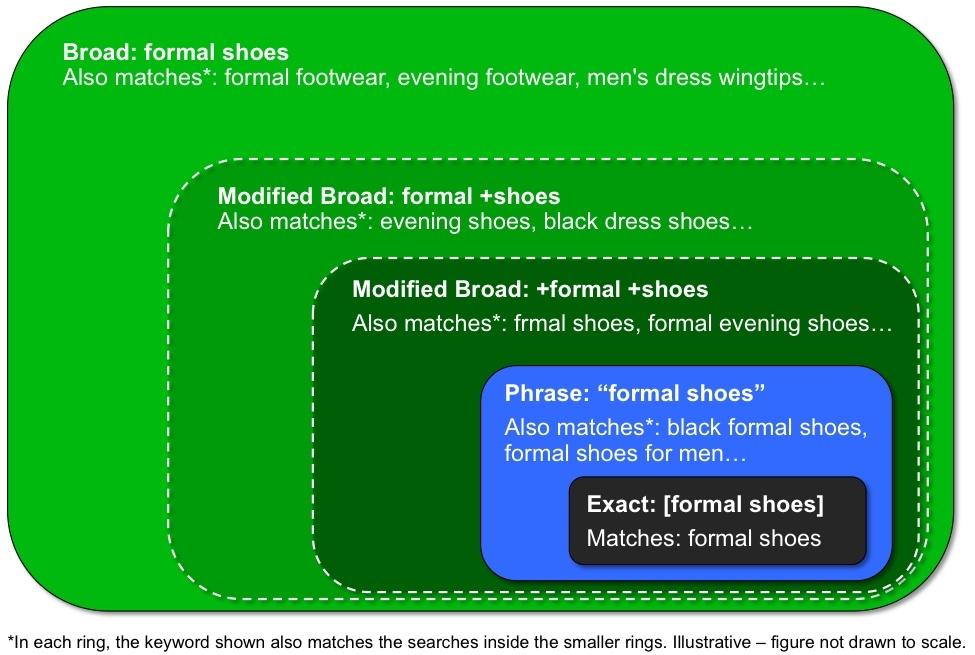 To make the results meaningful for the $1,000 of ad spend, we decided to include just these two match types.

Broad match is too broad and can include lots of irrelevant matches, and phrase match is similar to broad match modifier, although the search volume is much lower as the keywords need to appear in the exact order that’s specified.

The aim of the experiment was to promote our Facebook Ads Custom Audience eBook. 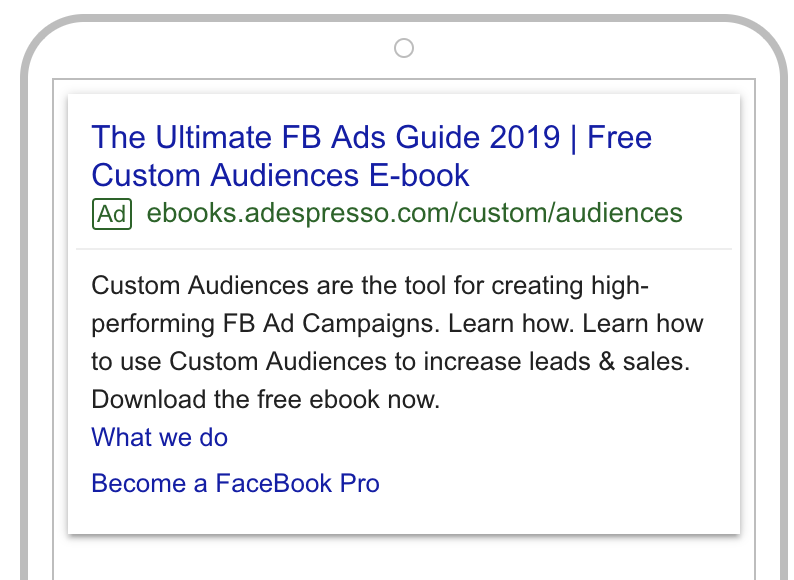 When the ad was clicked on it took people through to a landing page where the eBook could be downloaded, and we measured the cost per lead: 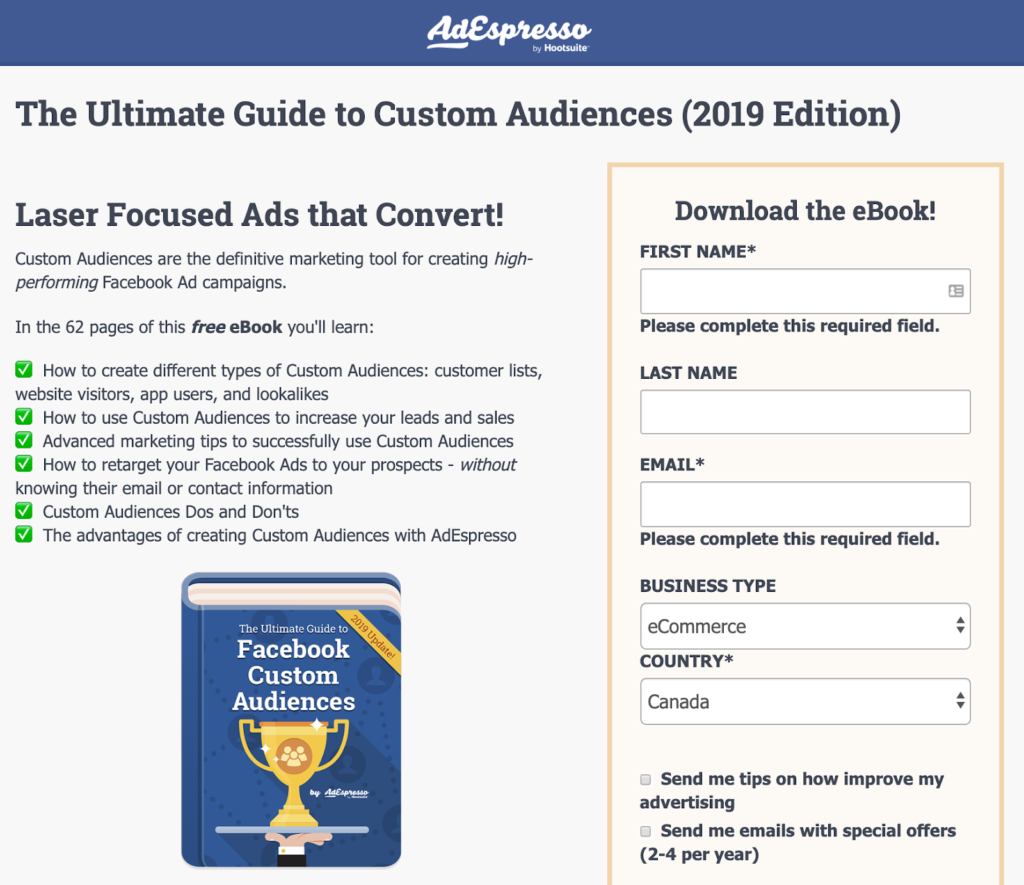 The rest of the settings were:

To create our list of keywords, we started by putting 10 words into the Google Keyword Planner.

Here are the keyword lists we used:

Our prediction was that broad match modifier (BMM) would give a higher cost per lead (CPA) than exact match.

However, BMM would have the potential to show up in many more searches so would be able to spend more of the campaign budget.

What we couldn’t predict was the expected difference in CPA, so in this experiment we wanted to investigate exactly how much more expensive BMM was, to see if the trade-off between the number of conversions and the cost per conversion was worth it.

Here are the overall results from the campaign:

Now let’s break these results down by keyword match type:

From the keyword list, we can see that the exact match “Facebook ads guide” produced 25 conversions at $4.27, however, the broad match modifier +Facebook + guide wasn’t too far behind with 20 conversions at $5.65 each.

Turning our attention to the breakdown per countries, we can see that the US produced a majority of the conversions followed by the UK and Canada.

Australia produced the fewest conversions but also had the lowest CPA at just $4.24 and lowest CPC, indicating that although it’s a smaller market there may be less competition.

This is why it’s important to always track conversions, not just the cost per click.

So, there was a clear trade-off between the volume of leads and the cost per lead.

Maybe it’s not as simple as just picking one match type or the other though?

Google Ad campaigns shouldn’t be thought of as static, where you start them running and set and forget them.

Instead, campaigns should be dynamic where you use the results coming in to refine the keyword list and improve the results going forward.

What results are you seeing with keyword match types? Which match type do you prefer? Let us know your thoughts in the comments below.