You are here: Home / Blog / 7 Techniques to Create a Hashtag that Boosts your Brand

Hashtags are everywhere, even showing up in the corners of our TV screens when different shows and networks provides us with their pre-determined hashtags to help inspire conversation.

Though hashtags haven’t really taken off on Facebook, Twitter and Instagram both rely heavily on them. Hashtags can be used to find and connect with your target audience, generate conversation, and build your brand on social media sites.

After you’ve used hashtags to connect with members of your target audience, you can create your own hashtag that is specific to your brand, encouraging users to talk about you and your business (or to at least include you in the conversation). We’ve got 7 techniques to help you create a hashtag that boosts and accurately represents your brand, combining everything we’ve learned about the best (and worst) practices of the hashtag. 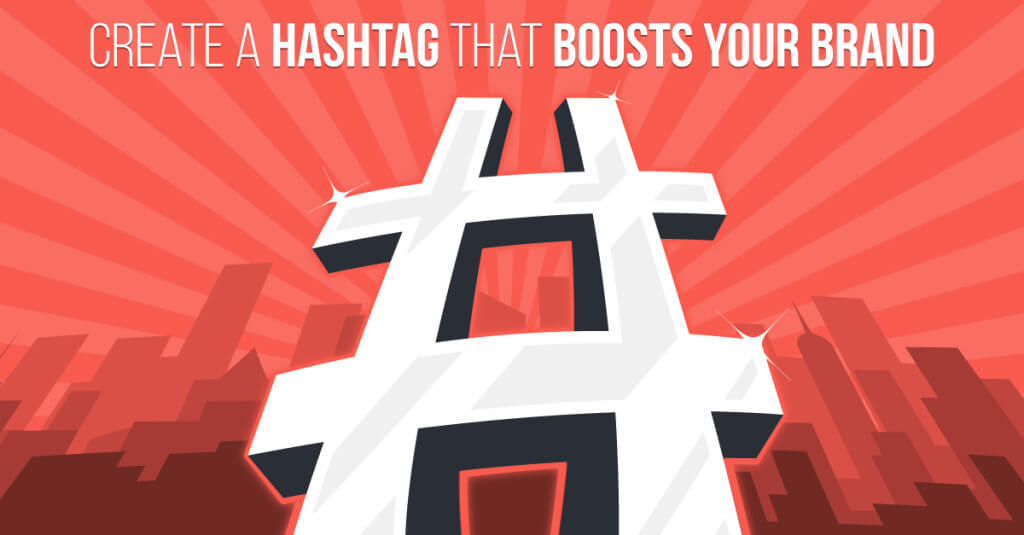 1. Make it Brief but Unique

One of the first elemental rules to hashtags is that they need to be relatively brief—it should be a few words or a short phrase, but not enough words to make up a complex sentence. While there are exceptions (#10ThingsNottoSaytoaWriter is one of my personal all time favorites), in general, the shorter, the better. After all, users are still going to want to share their thoughts, and Twitter limits the character count.

The difficult part is coming up with something unique that fits into that limited character count requirement (even on Instagram, where there’s no such requirement, it’s still good to keep it short). When you’re actually creating a hashtag to get people talking about your brand (and not just using a hashtag to connect with others), you want it to be something people will use when they’re referencing you or your brand somehow. If it’s unique, it will stand out, and you’ll also gain a lot more traction and credit when it gets picked up.

Not only will having your hashtag be unique keep you and your users on topic (with the topic including you), it will help avoid interference with another topic using the same hashtag. If you use the term BigBrother, for example, that can have multiple meanings; you could me an older male sibling, a competition-based reality TV show, or some intense government surveillance.

A great example of a brand that did the “brief but unique” technique right is  Lancome’s #BareSelfie, which encouraged users to post make-up free selfies and attach the hashtag. This utilized something topical (which is a tip we’ll talk about later) by jumping on the makeup-free buzz, as well as being unique but easy to engage with. It was also great subliminal marketing (“use your creams and lotions and you won’t need make-up to look beautiful”).

A great example of a brand who did fail to check that their hashtag was unique was Entenmann’s, who unfortunately ran the hashtag #NotGuilty to promote their low-calorie options at the same time #notguilty was trending for the Casey Anthony verdict.  They realized their mistake and issued an apology, but only after they were swarmed with a ton of attention. Oops.

If you want to leave a lasting impression and something worth sharing, you can use your tweet or instagram image and your hashtag to evoke an emotional reaction from your users. Not only will this catch their attention, it is often enough to motivate them to share.

Pull at the heartstrings. Make them laugh, or cry, or even get them angry (I once saw an incredibly effective awareness campaign where a pet rescue tweeted about a pet abuser, and making people angry was highly effective).

#SFBatKid was a great example of a hashtag that took off and promoted Make a Wish and a documentary about one of their participants. A young boy got to dress up as batman and accompany a full-grown batman to save the day, all courtesy of the Make a Wish Foundation. 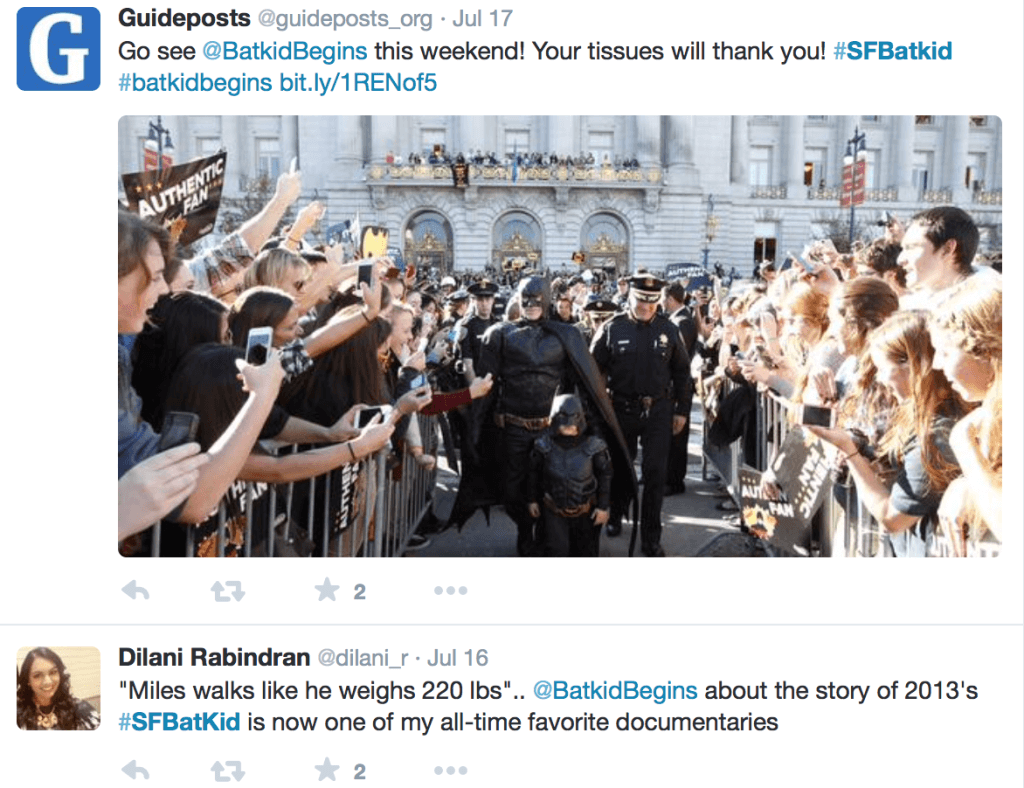 A lot of people were incredibly touched, the hashtag (and the story) went viral, Make a Wish got a great deal of free marketing, and I’m sure they got some donations to help more kids in the process, too.

Is there something going on in the world that you can hone in on and create a hashtag to represent your brand around?

While this won’t be the case for the majority of hashtags you create to boost and represent your brand, when you’ve got a chance to jump in on a hot topic that’s already getting a lot of buzz, you can easily redirect some of it to include you and your brand.

You may want to tread with caution if the subject is particularly controversial (with presidential elections a year away, plenty of hot topics I’m sure will revolve around that), but otherwise relevant topics are normally a great place to get a foothold. The hashtag won’t stick around forever, but it can help generate some conversations involving your brand while it’s there.

4. Have a Hashtag for Events 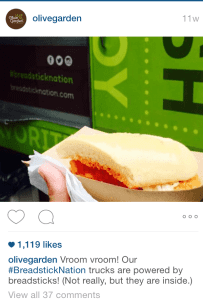 Creating a hashtag that is specifically for an event your business is having encourages users to live tweet and/or share their experience on Twitter. Even if they aren’t live tweeting constantly, having a ton of people tweeting pictures or statuses about your event, tagged with your hashtag, will give you instant free promotion to what could be other members of your target audience.

Olive Garden recently sent food trucks around the United States, and they promoted the event on Instagram with the hashtag #breadsticknation. Users tweeted pictures of themselves at the food truck, giving Olive Garden free advertising for the events.

Hashtags that are either funny, cleverly constructed, or both are much more likely to catch on quickly and spread like wildfire. If it’s funny or clever, it’s often easily catchy, and users will be excited to be a part of it.

This is a great way to show the personality and fun-loving side to your brand. Great examples include Charmin’s #tweetfromtheseat, which was both fun and actionable (they tied it in with a a contest for an extra punch). 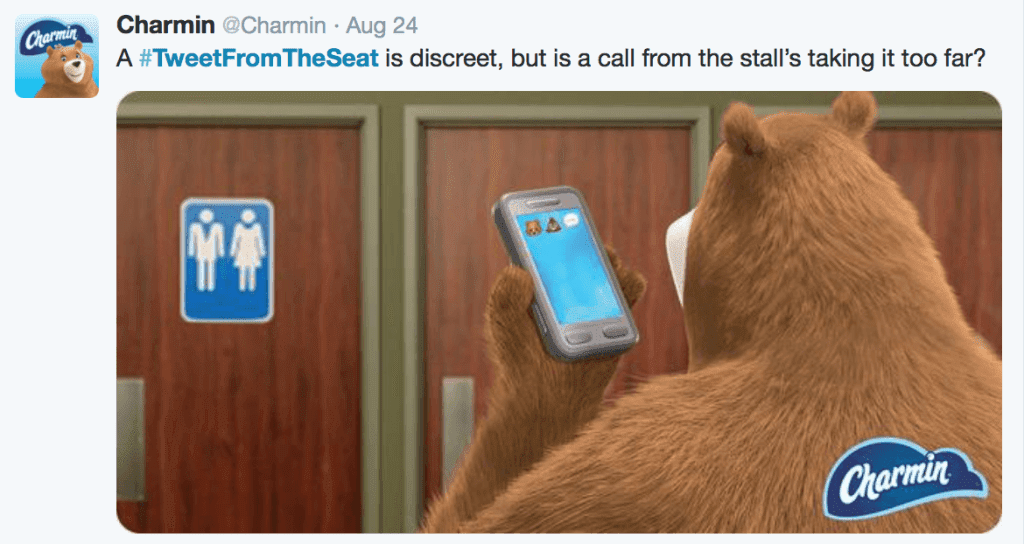 A play on words, a joke, or a phrase with a good cadence will be easier for users to latch onto.

6. Keep it Consistent with Your Brand

While some businesses are slightly more informal on social media than they are in person, you still want to make sure that your catchy, clever hashtag still fits the rest of your brand.

A large, expensive-to-hire accounting firm likely wouldn’t benefit from the type of hashtag Jimmy Fallon could get away with, for example.

Digiorno pizzas has a great example of a hashtag that would only work for some brands with the hashtag #DiGiorNOYOUDIDNT. They were able to showcase their personality, and when hilarity ensued, they were in on the joke instead of being on the receiving end of it. 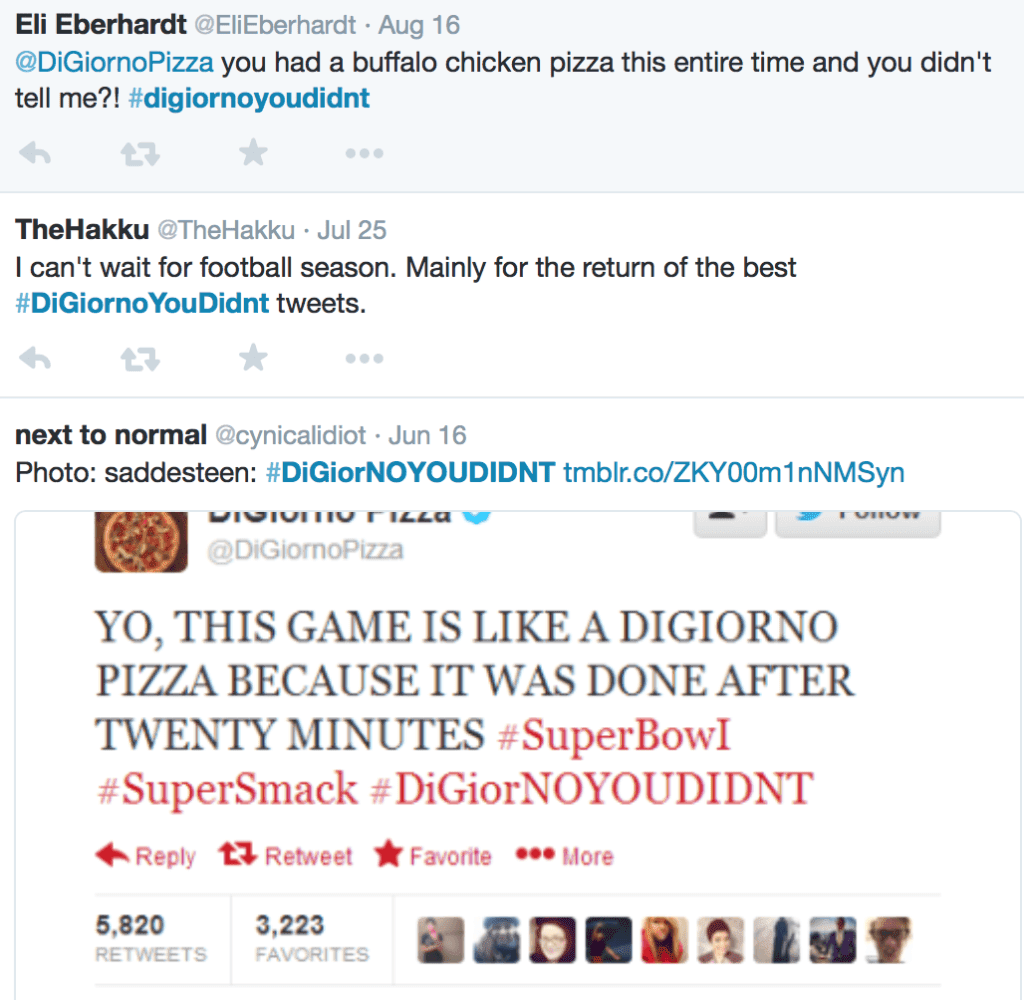 This comes down to knowing your audience, and knowing what tone your business holds across social media. You can still come up with catchy hashtags to fit your brand no matter what type of business you represent.

7. Proofread it and Look for Hidden Meanings

You should always proofread— even if you’re double checking a hashtag that has no potential for grammatical errors.

Sure, it may very well be that your hashtag is just three words stuck together. Without spaces, however, users are free to choose where to capitalize letters, sometimes enabling them to create their own meaning on your hashtag. The internet, unfortunately, is full of people looking to wreak havoc, and you don’t want them to get their hands on your business’s hashtag.

A few years ago, when Margaret Thatcher passed away, the trending hashtag #NowThatchersDead went rogue and users turned its use into #NowThatChersDead, creating a whirlwind of rumors about the singers’ demise until it was confirmed that she was, in fact, still alive.

Not only did some fans panic, onlookers openly mocked and enjoyed the hashtag-gone-wrong

When it comes time to check your hashtag, test it out to make sure you’re good to go by looking at the entire hashtag in lower case letters, looking for hidden words or phrases users could find. It doesn’t hurt to have someone else take a look at it, too.

Though I was among those who was unbelievably annoyed when I started seeing hashtags popping up everywhere (particularly off-Twitter), I’ve finally come around as a convert. For marketing purposes and for social users both, I think hashtags help create an environment where relevant audiences can find each other and discuss the same thing.

No matter how clever your hashtag is, you have to be careful what you attach it to, and you’ve got to be sure you’re ready to unleash it. While most hashtags and brand-boosters on Twitter and Instagram, every now and then something goes awry when users take the hashtag and run with it. Examples include #McDStories, where users really gave their favorite McDonalds stories, all of which seemed to all have a terrible ending, and #AskELJames, where fans were encouraged to ask any questions they’d like to ask the author of “50 Shades of Grey” (you can just imagine how that went).

Though hashtags don’t really work on Facebook, knowing how to create and use them on sites like Twitter and Instagram can put you directly in front of your target audience, even if they had never heard of you before. And with the right hashtag, you’ll get them talking about you (hopefully in a good way) instead of just with you.

What are some of your favorite tips when it comes to using and creating hashtags for your brand? What are your favorite hashtags from other companies? Leave us a comment and let us know!