You are here: Home / Blog / From 0 to $1.2M RunRate (and profitability!) in just 5 quarters. 9 lessons learned in creating an impossible company

This is one of the most difficult posts I’ve written to date. Seriously. Sooo many  things I’d want to stuff in here. But, you know: it’s as much about what you put in, as it’s about what you leave out. So I’ll leave out how this has been an impossible company from pretty much the beginning, for a whole bunch of reasons. AdEspresso shouldn’t have existed. Period. Because according to lots of people, it’s impossible to make the switch from a service-oriented team to a product-oriented team. If you ever did it, investors don’t put money in something even remotely connected to the AdTech space anymore, so it’s impossible to raise funding. 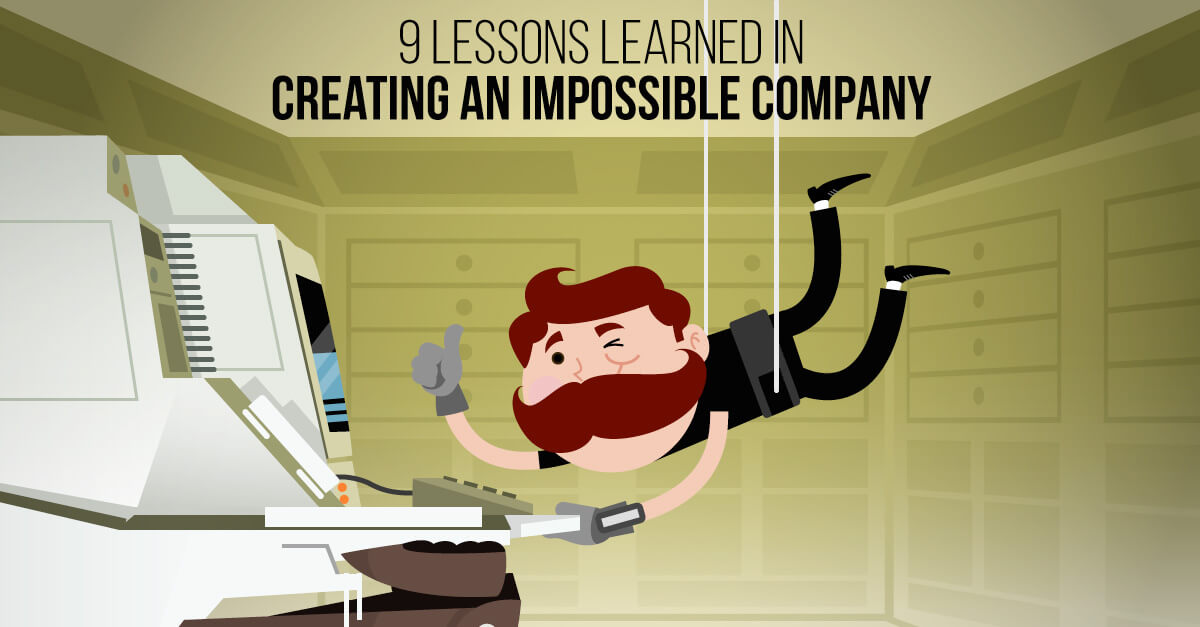 Especially impossible to do it while being profitable. Except: a few weeks ago we published the Tweet below on having 67 months of operations covered at the current Net Burn, and now this post. Yeah, well… whoops! If you have been following us for a while now, you may remember that we published this around six months ago, reporting on how we have been growing 10X Year-Over-Year throughout 2014, together with our key takeaways on what we avoided to do it. We’re excited to report that six months later we’re still growing 9X+ Year-Over-Year compared to Jun 2014, having processed $2.2M+ of Facebook Advertising Budget in the last month.

We are the fastest growing company of the category according to Mattermark, as well as the company generating the highest number of Monthly Uniques of the space according to Alexa, even more than the enterprise guys -with one exception- which is pretty fun considering that some of them raised $50M and we raised just little more than $1M last year. BTW if we look at Net Revenue, June 2014 versus June 2015, it’s actually a 15X growth. For context: the minimum multiple for a tech company to be interesting is 3X Year-Over-Year, at 5X you’re exciting, at 10X Year-Over-Year (as mentioned above) you’re an outlier.

Ok ok, it’s not Uber… or Slack, or Zenefits. Still, pretty impressive for an impossible company. So, what will you need to get these results? I’ve got two answers for you. The short one is: coffee. Lots of it. So much in fact that we could quantify it: one box of coffee every $10k of RunRate. The photo below tells it all. Now, we’re *heavy* drinkers (we’re Italians after all) but coffee really stands for time. And to build anything meaningful, you need plenty. The long answer is -well- longer and, since Massimo was a Tech Journalist and I was a Radio Speaker, we know you love ‘listicles’. So here it goes: 9 bite-sized lessons which worked wonders for us and you should never forget.

Long story short, if there’s one thing you’ll take away from this: do everything you can to be the gorilla in the room. Even if it’s a tiny little room. It’s ok to start small, it’s actually better, and you can always tear down a wall or two and make it bigger. To do so, be so good that people can’t ignore you… or in other words: do not suck. And remember that great founders are not the ones that build the first company in the space, nor the ones that build the best company in the space, but the ones that build the last one. Tiny conceptual difference in the choice of words, huge operational consequences in what to prioritize and how to execute. Be that company.

As for us, after going for $0 to $1.2M RunRate in 15 months, let’s see if we can get to $10M in 15–18 months more. That would be another impossible thing to do, which of course makes it also a fun goal to target. How? Well, that’s a topic for another post… as maybe topic for another post is which strategies/tactics we put in place to generate/sustain growth so far, let us know in the comments if you want more of that. And if by reading this you got excited about our story and want to join us, reach out at founders@adespresso.com: we’re hiring. Online marketing should be easy and profitable for SMEs/SMBs as well, that’s where we are going. Stick around, it’s going to be epic!

BTW: we just released the biggest feature update *ever* and a whole new product. Give it a try!